R. Anne Svendsen (the ‘R’ is for Rosamunde—go, Schubert!) lives in Zilzie, a small coastal town in Central Queensland, Australia. Here she composes works for Semiquaver Music, Latham Music (a Lorenz Company USA), and Brolga Music (Australia). Anne was born in Brisbane where she lived until completing her musical studies. She grew up in a family who loved music and in particular, singing. After attending the local primary school, Anne moved to Brisbane State High School where there was a thriving Music Department. At the age of 13 she was introduced to the ’cello by her first teacher, Audrey Harris. Later in secondary school she was taught by Sue-ellen Paulsen. Performing in the school orchestra led to many hours of playing music both at school and in the community. She also enjoyed singing and playing both the guitar and the clarinet. 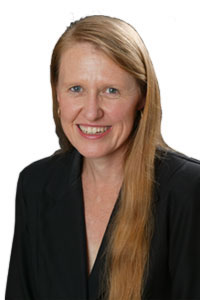 Anne graduated from the Queensland Conservatorium of Music with a Bachelor of Music in ’Cello Performance with Richard Dedecius and Gary Williams and Studio Teaching with Dr Anthony Doheny. She has also been awarded a Licentiate of Music in Chamber Music Performance from the Australian Music Examinations Board. As a student she was a member of the Australian Youth Orchestra and the Queensland Youth Orchestra. After graduating Anne worked as a freelance ’cellist with the Queensland Symphony Orchestra, the Queensland Philharmonic Orchestra and the Melbourne Philharmonic Orchestra. She has also played with orchestras for the touring Bolshoi Ballet, English National Ballet and Royal Ballet as well as for numerous operas and musicals such as Pirates of Penzance, Evita, The Student Prince, Madama Butterfly, Il Pagliacci, Cavalleria Rusticana, Abduction From the Seraglioetc.. She currently plays ’cello with the Queensland Pops Orchestra.

Anne has been guest conductor for the Griffith University’s State Honours Ensemble Program and for the Mulkadee Arts Festival held in Townsville, Queensland. She has also lectured in the area of Music Education at Central Queensland University. During her 27 years of employment with Education Queensland Anne has taught string students and conducted ensembles in over 40 different schools, at both primary and secondary level. She has also taught ’cello privately both in schools and at her home studio. Having worked with students in so many diverse educational situations Anne could see that there was a real need for student orchestral repertoire that was accessible technically yet musically satisfying particularly for the Early Beginner student of any age. So she took up the challenge, and her pen, and began composing.